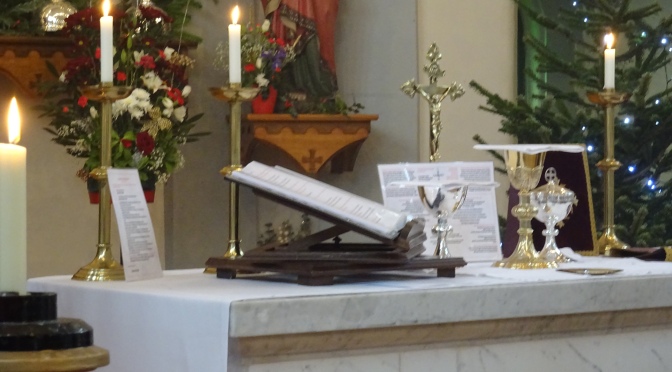 Way back in August 2016, Damian Thompson wrote a typically vigorous article for the Catholic Herald, commenting on the state of the Ordinariate of Our Lady of Walsingham.   He asserted that ‘Britain’s Ordinariate is in peril’ and ‘here’s how to save it’.   His solution was that Ordinariate communities should refuse to be herded into remote ‘Mass Centres’, where they do not want to be and cannot survive.   Rather, Thompson said, ‘It’s time our new fellow Catholics turned round and reminded [the bishops] that they have no jurisdiction over them – and that, if the Church in England and Wales continues its deplorably mean policy of hanging on to every last parish building, then they will buy their own churches.’   In essence, Damian Thompson’s thesis was (still is?) that the Ordinariate will only flourish in England, when her people have buildings from which to evangelise and develop a distinctive message of unity in diversity.

Now in January 2018, in a deeply interesting article also for the Catholic Herald, Stephen Bullivant publishes the results of some research into the ratio between Catholic laity and Catholic priests in England and Wales.   He demonstrates that, while in 1970 for every 10,000 Sunday Mass-goers there were 40 priests to serve them, by 2014, the same number had 46 priests.   Clearly, there are fewer priests than there once where but, alas, there are even fewer Mass-going Catholics.   Bullivant proposes that the problem is not so much too few priests but too many church buildings.   His solution is simple; ‘lift a surplus-to-requirements church out of the normal parish system and give it to a niche group that can do something distinctive with it’.   Essentially the same solution as Damian Thompson’s, and based on research data.

Stephen Bullivant takes his argument on with specific reference to the Ordinariate.

That said, if I were a bishop, cautiously willing to give the idea a go, what I’d really be praying for is a group with dozens of young and energetic clergy, thoroughly immersed in British culture, and with years (if not decades) of pastoral experience . . .   Which brings us to the Personal Ordinariate of Our Lady of Walsingham.

Given the kinds of statistics I’ve outlined – that is, too many churches for the numbers of priests and worshippers we actually have – it’s no wonder that many bishops have readily borrowed Ordinariate priests for their dioceses.   Anglicanorum Coetibus was, in this sense, a unexpected windfall of additional clergy.   There are, I believe, currently 60 Ordinariate priests on loan to the English and Welsh dioceses, with most of these assigned to parishes.

I recognise, of course, the benefits and expediency of such arrangements . . .   Nevertheless, I don’t think the current model of plugging gaps in ordinary diocesan provision is, in the long run, a sensible one for either party.

From my outsider’s view – I’m neither a member, nor eligible to become one – the Ordinariate offers the Church in England and Wales (Scotland too!) a significant pastoral opportunity: the possibility of a permanent structure, fully part of the wider Catholic community, but with its own distinctive liturgy, spirituality, musical traditions, parish culture and atmosphere.    Rather than being simply a one-off fix to bring a wave of former Anglicans into full communion with Rome, it is genuinely sustainable.   It is continuing to attract former Anglicans and others (not excluding other Catholics) on its own terms, while at the same time being a community in which children are brought up, who in turn bring up their own children in it.

Christ’s Church has plenty of room in it for such a body, as is again amply proven by the Eastern Catholic churches.   Such a thing will not, of course, appeal to everyone (including not all former Anglicans). But then why should it?   This vision, of course, fits perfectly with the “Preston Option” I’ve been describing, with the Ordinariate offering a niche way of “being Church” that complements, rather than competes with, the default normal parish offering.

From where I’m kneeling, we seem to have a God-given cure to many a diocesan bishop’s headache.   So why are our dioceses not queuing up for the Ordinariate to take otherwise under-threat churches off their hands, and on extremely advantageous terms?   This is a genuine question, for I am genuinely puzzled.

On Gaudete Sunday, the third Sunday of Advent 2017, members of the Deal Mission of the Ordinariate welcomed new member the Rev. Ian Shackleton.

After many years ministering to our separated brothers and sisters, Ian decided that it was time to seek the fullness of communion in the Catholic Church, through the auspices of the Ordinariate in East Kent. 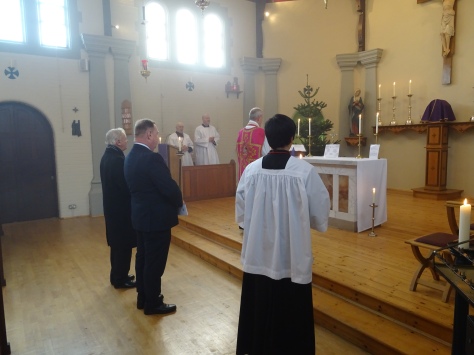 The Profession of Faith

Confirmation and anointing with the Oil of Chrism 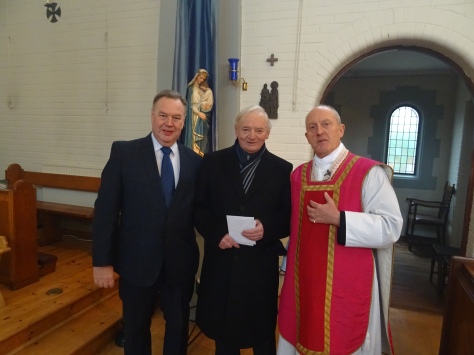 New Ordinariate member Ian Shackleton with Paul his sponsor and Fr Christopher, all under the maternal gaze of Our Lady.