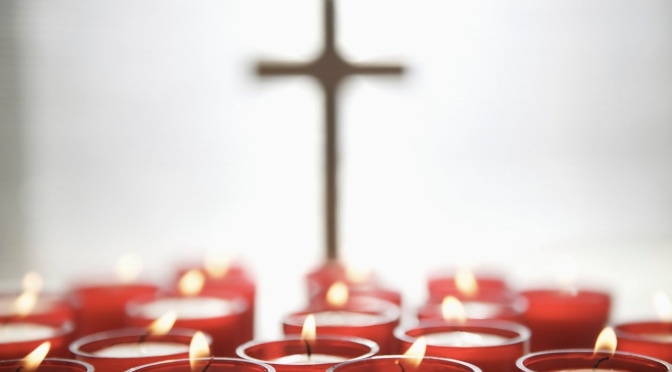 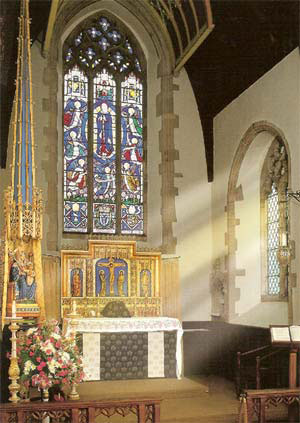 A third reason for not joining the Ordinariate that our correspondent offers is that, ‘CofE clergy are allowed a certain latitude to run their parishes as they see fit. Many of the more Anglo-Papalist parishes use the Roman Rite, entirely unadapted. A few others still use the English Missal ** . . .  This is all almost certainly against [Anglican] canon law, but the bishops generally look the other way.   [T]he Catholic Church in England and Wales, from the outsider’s perspective, seems rather more controlling of its priests and parishes’.

Our correspondent might be surprised to learn that there seems to be a similar degree of latitude in the Catholic Church in this country!   Liturgical practice, within the Roman Rite, is surprisingly diverse.

However, it is perhaps slightly perverse to cite rigid adherence to the Roman Rite and even the English Missal as a reason for remaining in the CofE, in defiance of its law and of bishops with whom one claims to be in impaired communion at best.

One of the great joys of being part of the Ordinariate of Our Lady of Walsingham is precisely the liturgical provision given to us by the Holy See.   The Ordinariate’s Missal, Divine Worship – the Missal, is fully in accordance with the Roman Rite and derived from the BCP tradition of which the English Missal is a part.   Why would one illicitly use resources of the Latin Rite as a sign of contradiction, when one can use that same strand of tradition as a defining sign of unity and communion?

In a recent post for the Catholic Herald, Fr Alexander Lucie-Smith commented on the beauty of the Ordinariate’s Missal, saying that it is ‘a gift to the whole Church’.

**   It is of course a great irony that the only liturgical-ecclesial space in which the English Missal tradition finds completely legal expression today is the Ortdinariate itself,  in the Ordinariate Missal Divine Worship – the Missal which is clarly an organic and Catholic development of the English Missal and Prayer Book tradition. 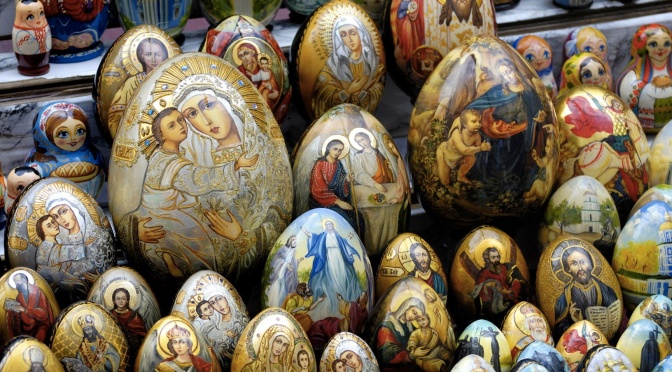 A second reason for not joining the Ordinariate that our correspondent offers is that, ‘it is an open secret that the Catholic hierarchy in England and Wales has never been keen on the Ordinariate, which has become something of a disfavoured ghetto.’   And therefore, ‘even if [an Anglican] priest or parish has a dubious relationship with the C of E hierarchy, crossing the Tiber is unlikely to improve matters’.

Alas, there may be a grain of truth in the suggestion that some of the bishops of the Catholic Church in England and Wales seem not to be overly keen on the Ordinariate; although to say that the Ordinariate has become a disfavoured ghetto is not true.

We are all made uncomfortable by the new and unexpected, even Catholic bishops.   Current and passing discomfort is as nothing, given the prize of full and visible communion – the very thing for which Jesus Christ himself prayed.

This year, 2017, is a Golden Year for the Ordinariate in the UK because our Feast of Title fell on a Sunday.   It was marked with special joy for the Deal mission because Patricia was confirmed as a member of the Ordinariate, having been baptised as a Catholic but then not having completed the rites of initiation until now  –  a blessing (pray God) for her and certainly a blessing for us.

The Entrance Procession, followed by censing the Altar at the Introit 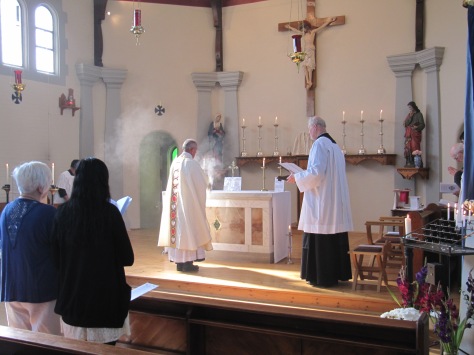 Patricia leads us in the Creed and is anointed with the Oil of Chrism, supported by her sponsor. 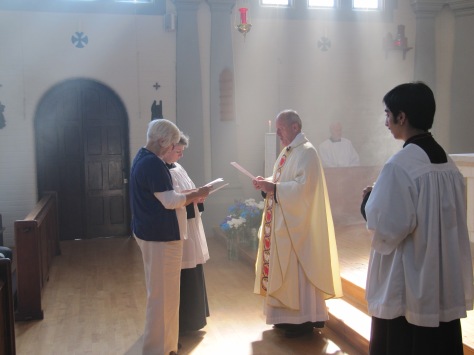 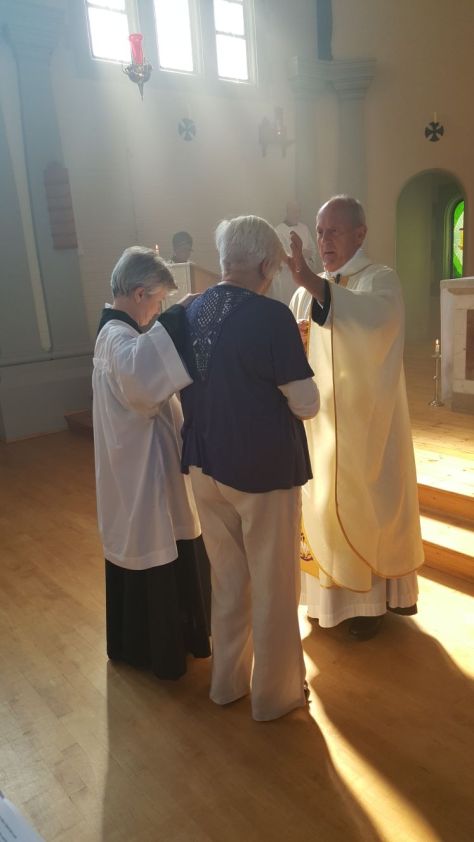 After Mass, Our Lady approves and then we all enjoy a glass of something cool and refreshing  –  an essential part of Anglican Patrimony! 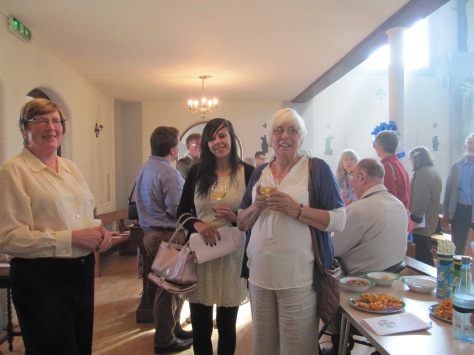 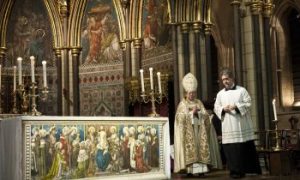 Back in August 2017, in a piece for the Catholic Herald website titled ‘Let’s show High Church Anglicans they’re welcome in the Ordinariate’, Francis Phillips commented on a visit to a ‘High Church’ Anglican church and wondered why, given all the evidence of an outwardly firm Catholic faith, the folk there did not join the Ordinariate.

The following week, also on the Catholic Herald website, Andrew Sabisky proposed that aside from theological reasons there were ‘practical and immediate reasons’ why he and other Anglo-Catholics might not join the Ordinariate;  he gave four such reasons.

First, he cites “flying bishops” operating “church within a church” structures as ‘growing and flourishing’, offering shelter and likely to ‘become even more powerful over time’.

This is a superficially attractive proposition but it must fail the test of communion.   This particular “church within a church” comprises folk who are in communion with each other but not in communion with the organisation of which they are a part.   Essentially, the smaller group is defined by dis-unity, the absence of that unity for which Jesus prayed  –  diversity in disunity.